2022 NFL Hall Of Fame Game: Jacksonville Jaguars vs. Las Vegas Raiders Odds, Picks, Predictions
Football is back, and we are here to give you the best bets of the night. 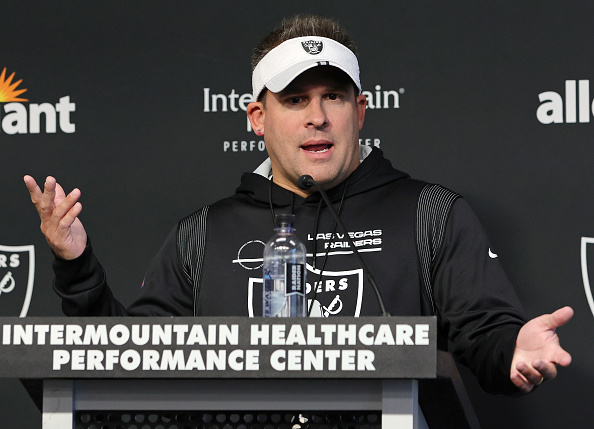 Ladies and gentlemen, there is going to be some football on our TVs tonight.

The Hall Of Fame Game in Canton, OH will kick off at 8 p.m. ET as the Jacksonville Jaguars will take on the Las Vegas Raiders. To be honest, this matchup is not very good, and with news that both teams will not be playing the majority of their ones (as expected) this game might just flat-out stink.

However, I would argue bad football is better than the best baseball game you have ever watched. There is no real strategy when finding a winner for the Hall Of Fame Game, and some would argue that betting on a preseason NFL game is a cry for help, but I like to look at it as a friendly little wager with the sportsbooks. If we win, drinks on me, if we lose, no big deal.

Anyway, let's take a look at this matchup and try to find a winner. We would love for you to tail our pick, we just ask you do so responsibly.

Football is back, folks.

Both starting quarterbacks will sit out tonight, and the Jaguars will also be without their backup C.J. Beathard, so that means it is Kyle Sloter time for Jacksonville, and he has been surprisingly excellent in preseason games. He has only been with the team for a couple of days, but he has 11 career preseason touchdowns to only one interception. Jacksonville also has Jake Luton available tonight.

The Raiders will send out Jarrett Stidham to get the start tonight with Derek Carr taking a seat. There are a few exciting rookies in this game for both teams, but this is going to be a very watered-down version of both teams.

Over the last 10 HOF games, the average amount of points scored is 29, and with multiple starters not dressed, we can expect a lot of stalled drives and missed assignments. The total is 1-5 since 2014 and since 2004, when the total drops at least two points, the under is 59-44-3. I am on the under and jump on it now because it keeps dropping, but I also like the Raiders and the points.

A majority of the money and tickets are coming in on the Raiders, and this is a team that I smashed their win total because I like their depth.

If you are betting on some football tonight, I wish you good luck, and may the odds forever be in your favor (unless you have the Jaguars and the Over, then F off).