DJ's Diamond Picks: 2 MLB Best Bets From Monday's Evening Slate - June 27, 2022
Why we are betting on the Red Sox to extend their winning streak tonight. 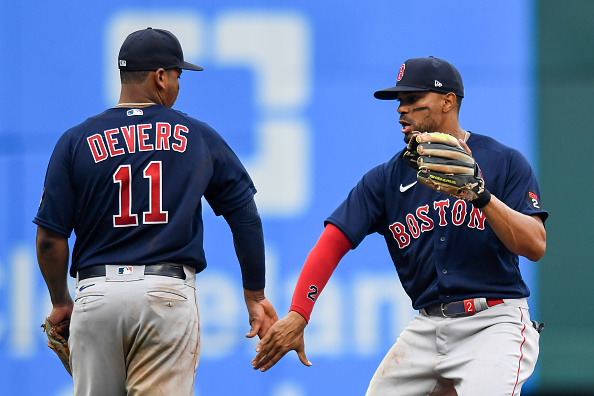 Hello, and welcome back to our MLB best bets.

Now that hockey and basketball are over for the summer, baseball is all we have, and today is not that great of a slate. We only have nine games on the schedule, and outside of one matchup (we will get to that later), the quality of the games is very "meh."

The good news is after contemplating retiring from betting on baseball, my picks are on fire. I have won 10 of my last 16 bets on the diamond, and I am back with the two-best bets of the night for a light slate of action.

After a tough series against the Guardians, Los Angeles has won five of their last six, including taking two out of three in Atlanta. In a tough NL West, the Dodgers are going to need every win they can get, and they get a bit of a break with a struggling Rockies team.

On the other side, Colorado will send out Chad Kuhl, who has been nothing more than serviceable for the Rockies this season. Kuhl enters this game with a 3.95 ERA, but his xERA of 4.16 and xFIP of 4.62 points towards some regression, especially against this Dodgers lineup.

While the trends point heavily towards the under, the over is the play in this game. The Dodgers are putting up 5.4 runs per game over their last seven, and for the entire season, Los Angeles is ranked 1st in OBP (.331), 2nd in wRC+ (115), and 3rd in runs (364). If you put this lineup in a hitter-friendly ballpark like Coors Field, you are going to get a lot of runs, especially with how well the Rockies hit against lefties.

After a three-game sweep of the Guardians, the Red Sox have pushed their winning streak to seven games, and they are now in second place in the AL East over the team they will play tonight, the Toronto Blue Jays.

Even though Toronto will have Kevin Gausman on the mound tonight, he has given up seven earned runs in his last 8.1 IP. He has made two starts against Boston this season, and he put out two solid outings, but going up against a surging lineup with four potential All-stars in Rafael Devers, J.D. Martinez, Xander Bogaerts, and Trevor Story cannot be a whole lot of fun.

Boston will send out Connor Seabold who has a 2.09 ERA and a WHIP of 0.987 this season in AAA-Worcester. Going up against a lineup that features Vladimir Guerrero Jr., George Springer, and Bo Bichette would scare me, but the Blue Jays only put up three runs against Chi Chi Gonzalez, who might be the worst pitcher in baseball.

I usually stay away from teams on winning streaks, but if I can get them at this value with the Moneyline, I will do it every time.