2022 NFL Free Agency: The AFC West Arms Race
Who sits atop the AFC West after a flurry of free agency moves? 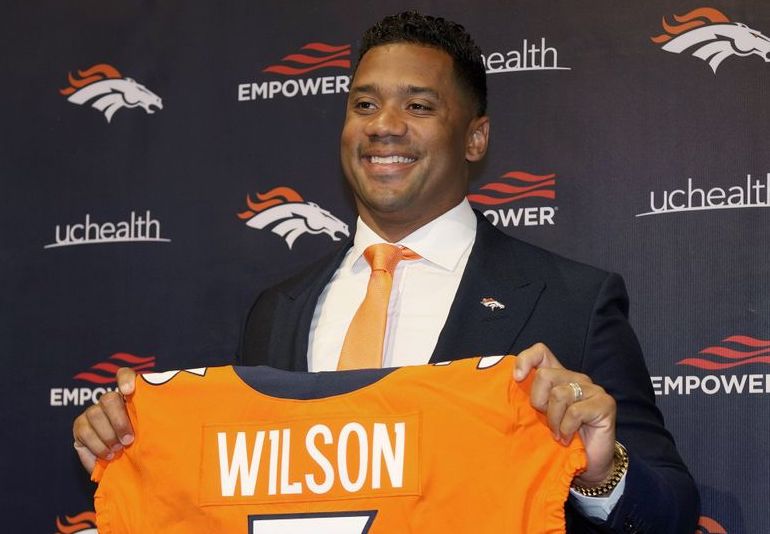 In recent years, it’s become increasingly en vogue to push all in on free agency. Whereas once the conventional wisdom said championship teams had to build through the draft, many franchises are starting to see draft picks for what they really are—lottery tickets that don’t “hit” nearly as often as their scouting departments say they will.

We saw the 2020 Tampa Bay Buccaneers do everything they could do to surround quarterback Tom Brady with the tools he needed to succeed. The 2021 Los Angeles Rams did much the same around Matthew Stafford—even pushing that trend far into the regular season. Yet, it’s not always a successful ploy. In recent years we’ve seen teams like the New England Patriots, Indianapolis Colts, Las Vegas Raiders and Cleveland Browns spend big money in free agency and then have little in terms of playoff wins to show for it.

The money is rarely wasted, though, and as ESPN’s Field Yates pointed out, the top spender in each of the last six seasons has increased their win total the next season by at least three wins…that on top of long term gains which may be realized by a franchise that isn’t entirely focused on the next season.

While the first round of free agency was “won” by the Jacksonville Jaguars (i.e. they spent the most, quickly), the story of free agency has been on the suddenly very exciting and competitive AFC West.

Let’s take a look around the division and see how each team is holding up after a week of free agency:

The big move has been bringing in safety Justin Reid to replace Tyrann Mathieu in the lineup. It’s easy to see the move as a lateral move, but Reid is about five years younger and has similar athleticism and range in a bigger body that can support the run. “Honeybadger” hadn’t exactly struggled covering bigger bodies over his NFL career, but the Chiefs clearly view Reid as the same moveable chess piece but in a bigger frame.

The real question begins to be: “And what else…?” The Chiefs are one of the teams at the top of the AFC, no doubt, but with other teams in the conference (and, as we’re talking about, in the division) improving, the Chiefs need to do more than just hold serve.

Trading Mathieu for Reid may be a good move for the long term, but trading one safety for another still creates packages where Daniel Sorensen needs to be on the field—not ideal. The defense also needs bodies on the defensive line (specifically pass rusher, where they might have the worst tandem in the division at this point) and in the linebacker corps.

By the time you read this article, the Chiefs could’ve patched all of those holes and brought in a top-tier wide receiver (thinking Jarvis Landry), but until they do those things, they are just sitting around watching their competition get better.

Then again, the rest of the division can get better and still fall short...

I asked BJ Kissel, formerly of the Kansas City Chiefs' communications deparment and now with KC Sports Network to comment on the arms race. “There’s an obvious attempt by teams within the AFC West to bolster their pass rush," Kissel said, "which has to be, in part, a reaction to what Patrick Mahomes and the Chiefs have done over the last six years—winning six-straight division titles. The Chiefs have been the standard and we’re seeing the response to what they’ve been doing and the success they’ve had. The only chance you have is to make Mahomes uncomfortable.”

Note: This article was originally published in advance of the trade acquition of wide receiver Davante Adams. This section has been updated.

The Raiders had a pretty epic couple of minutes on Wednesday afternoon, signing edge rusher Chandler Jones and then moving former defensive end Yannick Ngakoue to the Indianapolis Colts for cornerback Rock Ya-Sin. Then, Thursday, they upped the ante even further with the acqsition of wide receiver Davante Adams.

Adams gives the Raiders not only a No. 1 wide receiver, but a over-the-top talent the team once thought they had in Henry Ruggs who was released following a horrific drunk driving incident. Adams, wide reciever Hunter Refrow and tight end Darren Waller are suddenly a very scary group.

The move from Ngakoue to Jones can be seen as merely a minor improvement…Jones is aging and Ngakoue was part of a pretty good rushing corps last season for the previous iteration of the Raiders. The devil is on the details in this one, however, as Jones has experience with new defensive coordinator Patrick Graham and is a much more versatile player. He’ll play a lot of weakside linebacker for the Raiders where Ngakoue would’ve been a fish out of water.

The addition of Rock Ya-Sin is huge, and it’s surprising the Colts were willing to give up a great boundary cornerback. Ya-Sin pairs with slot corner Nate Hobbs and other recent additions Anthony Averett and Darius Phillips to form what might be the league’s best young cornerback group.

With some other minor moves repairing a defensive line that had a lot of guys with expiring contracts and other moves to help bring players with familiarity in “The Patriot Way,” the Raiders are looking at a pretty solid overhaul which could keep them out of the divisional cellar in Josh McDaniels’ first year at the helm.

The Chargers surprised a lot of people the last few seasons thanks to the fantastic quarterback play of Justin Herbert, but it hasn’t been enough. They’ve finished 3rd in the division both of those years—firing Head Coach Anthony Lynn one of those years and barely doing any better the year after, losing three of their last four.

The first acquisition was the trade for edge rusher Khalil Mack. Pairing Mack with Joey Bosa is a *chefs kiss* for a defense that was already pretty annoying for opposing passers. The front seven depth chart for the Chargers now looks like both a murderers row and about as deep as the Mariana Trench—fueling some late game pressure that may be the difference betweens wins and losses in December and January.

One of the top cornerbacks in all of football the last few seasons, Jackson is only 26 and gives quarterbacks nowhere to throw with Asante Samuel Jr. on the other side of the defense. It’s also going to allow those pass rushers a little more time to get to the quarterback and give Head Coach and former defensive wunderkind Brandon Staley some fun toys to play with.

The move that might put this offseason over the top, though, is keeping wide receiver Mike Williams. With Herbert’s favorite target back in the lineup, the team will need to add some talent in the draft, but won’t be treading water with their rookie passer.

Again, we’re starting with a trade, as the Broncos finally found their quarterback after years of failing in the draft. The acquisition of Russell Wilson from the Seattle Seahawks shakes up the entire league and the above moves are really all that’s standing between a Broncos team that was surprisingly competitive last season and an automatic playoff berth.

I asked Benjamin Allbright, host, reporter & analyst at the Broncos flagship, KOA 850AM, how the Broncos sit in the division following this first flurry of free agency. “I think they are either 1st or 2nd,” Allbright said. “They have the best defense in the division with the Chargers No. 2. The offense looks to take a flying leap forward with Wilson at the helm rather than Teddy Bridgewater and Drew Lock.”

That defense—soon to be led by Ejiro Evero, formerly of the Los Angeles Rams—will also add Randy Gregory who was a surprise addition thanks to some shenanigans by the Cowboys front office. Gregory doesn’t entirely replace Von Miller, whom many wanted to return from the Rams, but he’s a heckuva consolation prize and three years younger. He’ll work well with Bradley Chubb at the other rush linebacker position, and the addition of D.J. Jones up front will give them both room to work.