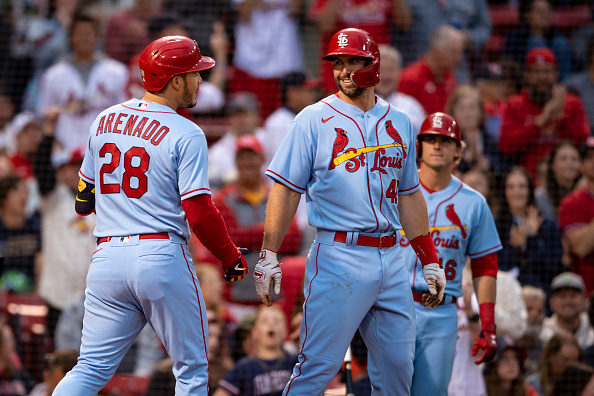 Hello, and welcome back to our MLB best bets.

I cannot help but notice that the haters are awfully quiet about my clean sweep last night. I am officially a profitable bettor so far this baseball season, and I have bad news for those praying on my downfall,

I love the board tonight.

We have a full slate of action on the diamond tonight, and baseball is the only sport on with the Stanely Cup having the night off. I would love to put action on every game, but unfortunately, I cannot afford to do that, so how about we go find the three best plays of the night? We would love for you to tail our picks, we just ask that you do so responsibly.

The Brewers will start Chi Chi Gonzalez (sick name) tonight, who will be making his first start with Milwaukee since being DFA'd by the Twins earlier in the season. Gonzalez has been kicking around the league since 2015 when he made his debut with the Rangers, and to put it simply, he has been awful throughout his career.

Milwaukee's offense has struggled in June, and going up against Jack Flaherty is not going to help. He has only pitched 3.0 innings this season coming off an injury, but I find it hard to believe that one of the game's best young arms is going to be outdueled by quite possibly the worst pitcher in baseball.

I am going to roll with the over, especially with Gonzalez going up against one of the better lineups in baseball right now. If you are feeling adventurous, I am also taking some action on St. Louis F5 line.

I am once again betting on a game involving MY Cleveland Guardians, and no, I will not apologize about it.

The Guardians have won six-straight series, including taking two out of three in Los Angeles against the Dodgers. However, Cleveland will send out Aaron Civale tonight, who has been inexplicably bad this season. While he did give up zero runs in his last start, that came against a historically bad Tigers offense. Prior to that, Civale had a 9.85 ERA in 24.2 IP.

Hopefully, for my favorite team's sake, Civale figures something out tonight, but he will face a Twins lineup that is ranked 6th in wRC+ (119) and 7th in wOBA (.333) over the last 30 days. Minnesota has had a hard time putting some wins together lately, and now that Cleveland is one game back for the AL Central lead, this series becomes massively important.

If you are a Guardians fan like me, you know that this team has historically struggled in Minnesota, as they have lost 13 of their last 18 at Target Field and outside of Jose Ramirez, who has missed the last few games, the offense is starting to fade. I know the Guardians are hot and they have been fun to watch, but the Twins are also the real deal. Minnesota will send rookie Joe Ryan to the mound tonight, and although he comes in with a 2.81 ERA, his xERA of 3.42 and xFIP of 4.47 point towards some regression.

The total has gone over in seven of the last nine home games for the Twins, and with Cleveland likely getting Ramirez and Franmil Reyes back in the lineup tonight, I like the over.

Cleveland is still putting up runs, and they have come up clutch almost every game this season. I think Minnesota will end up winning, but the Guardians will score just enough to push this one over.