DJ's Quick Hits: Best Bets From Monday's Slate Of Action In Baseball - June 20, 2022
Why we are betting on the New York Yankees to bounce back tonight. 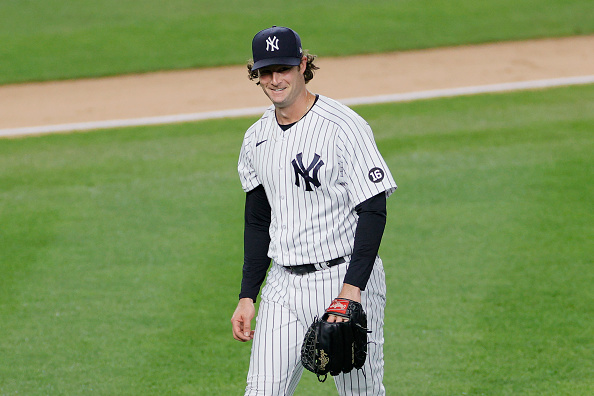 Hello, and welcome back to quick hits.

With the NBA season wrapped up, and the Stanley Cup playoffs looking like it could meet a swift end, we are heading directly into the heart of baseball season. I always contend that baseball is the hardest sport to bet on, and this season has been no different. Although I am hitting my picks at a 52.1% clip, that is right on the line of being profitable. The good news is that I love the board today.

We only have a nine-game slate today, but that will not stop us from finding some winners. Today, we are back with our three-best bets of the day on the diamond. We would love for you to tail our picks, we just ask that you do so responsibly.

The Tigers will send out rookie Alex Faedo tonight to face a dangerous Red Sox lineup. Normally, a good offense going up against a rookie makes me scared, but Faedo has been fairly solid in his limited action so far. In his eight starts, Faedo does have a 4.28 ERA, but he gave up seven earned runs in his last starts against the White Sox. Prior to that, he held an ERA of 2.92, and he only allowed 12 earned runs in 37.0 IP.

Unfortunately for Faedo, the Red Sox have one of baseball's hottest offenses. In June, Boston has a 109 wRC+ and a .324 wOBA, both of which are ranked 11th in baseball during June. The Red Sox will also send a rookie out to the mound tonight in Josh Winckowski, who got roughed up in his first career start but settled in nicely against Oakland, tossing five scoreless innings.

The Tigers are spiraling, and the offense is historically bad. I will take the Red Sox on the F5 line. I like this Boston offense, and they are getting a rookie who got smoked in his last start.

They lost the series finale against Toronto yesterday, but it took a late-game comeback from the Blue Jays to snap the Yankees' winning streak. Tonight, they will go up against Shane McClanahan, who has been lethal for Tampa Bay this season.

McClanahan enters this game with a 1.84 ERA and an xFIP of 2.72. His K% is also up to 29%, and his BB% is down to 6%. On the other side, New York will send out Gerrit Cole, who has settled in nicely after a rough start to the season. Like McClanahan, Cole's K% is up (30%), and his BB% is down to 6%. Obviously, this game screams under with two of the better pitchers in the AL on the mound, but there is a lot of value with the Yankees.

With how good the Bronx Bombers have been, it is not often that we are going to get a good number with their ML this season, especially with Cole on the mound. In June, the Yankees are ranked first in wRC+ (154), ISO 9.262), and OPS (.893). Because of that, we are rocking with the Yankees tonight.

On paper, this should be a good pitching matchup, but both Lance Lynn and Jose Berrios have not been overly great this season. After a good first season with Toronto, Berrios enters tonight with an xERA of 5.54, and his K/9 is down to a career-low of 7.79. On the other side, Lynn has only pitched one game, but in his 4.1 IP, he gave up three runs and 10 hits. That is not that horrible for a guy making his first start of the season, but the fact that it came against the Tigers is concerning.

The total has gone over in seven of the last 10 for the White Sox and six of the last seven for Toronto. With two surging offenses and two questionable starters, I will take the over.