DJ's Best Bets: NBA Playoff Betting Guide: How To Bet Game 6 For Celtics vs. Bucks & Grizzlies vs. Warriors
Why we are targeting the total for both playoff games in the NBA tonight. 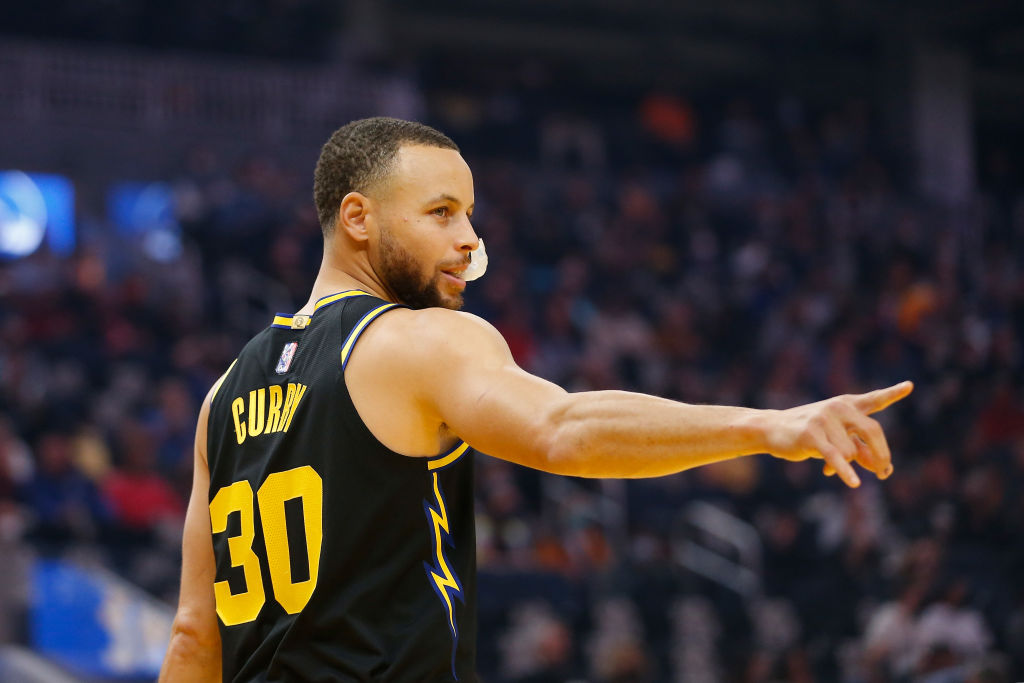 Tonight is not your average NBA playoff doubleheader. We have two Game 6s tonight, with both being elimination games.

The Boston Celtics blew a big lead to the Milwaukee Bucks in Game 5 to fall down 3-2 in the series, and on the other side, the Grizzlies simply beat the hell out of Golden State in Game 5 to stay alive this postseason.

There have been a lot of blowouts in the postseason, and we will talk about it later, but points have come at a premium for some teams in the playoffs as well. That has made it extremely hard to find some winners, but I will be dammed if I do not try.

Anyway, enough of the boring stuff, let's take a look at our best bets for both games in the NBA tonight. We would love for you to tail our picks, we just ask that you do so responsibly.

Let's talk some round ball.

The Celtics were up by double digits late in the fourth quarter in Game 5 against the Bucks. Instead of simply holding a big lead, they blew it, and the Bucks came storming back to steal the game, and take a 3-2 series lead.

Obviously, a big part of Milwaukee's comeback was Giannis Antetokounmpo being the best player on the planet, however, the game ball had to go to Jrue Holiday. After a clutch putback off a missed free throw by Bobby Portis to take the lead with seconds left, Holiday snatched the ball out of Marcus Smarts' hands as he was going up for a layup, and then he picked Smart's pocket to end the game, and the Celtics did not have a chance to tie the game.

That is one of the more demoralizing playoff losses in recent memory. Boston had the defending champions on the ropes, late in the game. All they had to do was box out one time. Instead, this series heads back to Milwaukee, with the Celtics staring elimination in the face.

Boston shot 51.2% from the field even with the loss, and they did not play that awful. They had more assists and fewer turnovers than the Bucks, and although they only shot 32.3% from deep, Boston controlled approximately 99.99% of the game. If the Celtics play like that again, I have a hard time believing they will lose. But losing a game like that, especially in front of your home fans has to be brutal.

The Bucks will still be without Khris Middleton with a knee injury, and I still contend that Milwaukee will not be able to repeat as champions without him. In fact, the Bucks' offensive ratting without Middleton is 113.4, compared to 117.3 when he is on the court. Even without him, however, they look like the class of the Eastern Conference.

The Pick Is In:

I have to imagine that these teams are absolutely gassed at this point in the series. After five games of trading haymakers, I think we may be looking at a potential slugfest tonight.

The total has gone over in 10 of the last 14 games between the Bucks and Celtics, but the total has gone under in 65% of playoff games this season (46-25), and at this point, I cannot get a good read on either of these teams in this series. You could tell me right now that the Celtics are going to win the next two games by 20+ points each, and I would believe you.

The best bet of the night is the under, and hop on it now because it is falling fast, but I think we also have some value riding the Bucks tonight. Although Milwaukee is only 1-7 ATS in their last eight home games, the Celtics are running on fumes right now, and with Robert Williams questionable tonight, I think Antetokounmpo has a big night, and the defending champions will advance to the Conference Finals.

Again, the under is the official play, but I am also putting some action on Milwaukee -1.5.

It has now been just under 48 hours since I live-bet the Warriors +12.5 at halftime in Game 5 between Golden State and Memphis.

"No Ja Morant? This is a lock! Cashing tickets is easy!" I said moments before one of the most disastrous nights in my betting life.

Personally, I went 1-8 that night, and Golden State losing by 39 was the cherry on top of my deplorable night.

Anyway, let's put that behind us. Tonight, the Grizzlies will travel to Golden State, where the Warriors had a 36-10 record SU, and they have covered 45 of their 92 home games. Memphis is still going to be without Morant, who is likely to miss the rest of the postseason. However, their defense improves greatly when Morant is off the floor. Without him on the court, the Grizzlies' defense gives up 105.3 points per 100 possessions, and 111.2 per 100 possessions when Morant is on the court.

Let's not fool ourselves here, Morant is the best player on the team, and we are talking about a potential all-time great if he continues on his career trajectory, but for now, Memphis is actually a better team when he is not on the floor. In their 26 games without him this season, Memphis is 21-5, including the beatdown of the Warriors in Game 5.

Golden State has dominated Memphis on the stat sheet in this series, but somehow, scrappy teams find a way to be scrappy in the playoffs. The Warriors are shooting the ball better, they pass the ball better, and honestly, they slick might have a better defense. The problem is Draymond Green, Andrew Wiggins, and Klay Thompson have not been particularly great in this series. If even one of those guys has a big night, and we know all three of these guys can, Golden State should win this game easily.

The Pick Is In:

Both teams play at a very fast pace, and both teams also have great defenses, which makes me scared of the total, especially since the total has not hit the same side in back-to-back games.

Memphis is bound for some regression in this game just because there is no chance they beat Golden State by 5+ touchdowns again. Both teams are trending in opposite directions on the books, with the Grizzlies covering in five of the last six, and the Warriors only covering once in their last seven.

Like the first game, I am taking the under, just because the defense has been so solid through the entirety of the playoffs, but I am also rocking with Memphis on the spread. They are just playing too hot, and they are proven to be better this season without Morant. I have made a small fortune betting on Memphis when Morant is out this season, and I am saddling up my horse for one more ride with the boys tonight.