DJ's Best Bets: Dallas Mavericks at Golden State Warriors Game 1 Betting Preview - May 18, 2022
It's time for Game 1 of the Western Confrence Finals, and we are here to give you the best bet of the night. 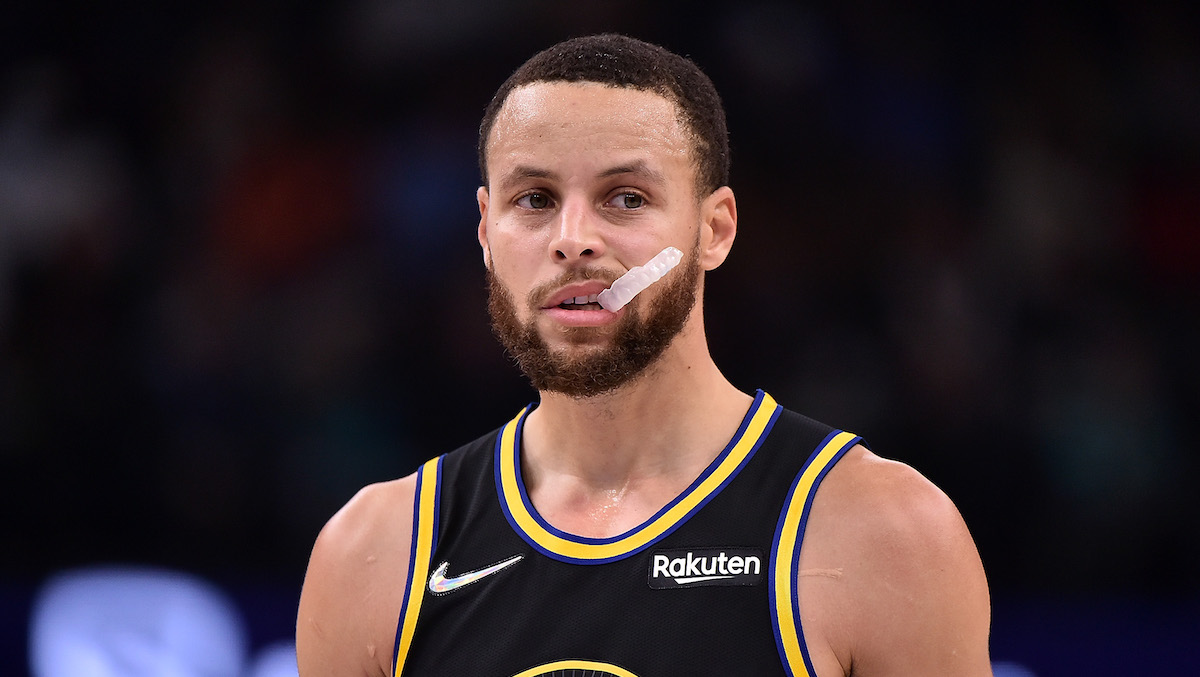 We are down to the final two teams in the Western Conference as the Dallas Mavericks will take on the Golden State Warriors for the right to advance to the NBA Finals.

The Warriors took care of the Memphis Grizzlies in six games, and are the highest remaining seed in the West. On the other side, Dallas came back from a 3-2 hole against the Phoenix Suns to advance to their first Western Conference Finals since 2011 when they won the NBA Finals against LeBron James and the Heat.

On paper, the Warriors have a pretty distinct advantage not only for this game but for the entire series. However, I have said the same thing about the Utah Jazz and the Phoenix Suns against the Mavericks in the postseason, and we saw how those series worked out.

The Pickwatch experts are predicting the Mavericks to cover, with 52% of the tickets coming in on Dallas, but 91% of our experts are on Golden State to win SU, which feels about right for this game. Dallas comes in with all the momentum, and they probably have the best player in the series if we are being honest. But, Golden State at home is a different animal.

Anyway, let's talk about Game 1, and give our best pick of the night. We would love for you to tail our picks, we just ask that you do so responsibly.

I am starting to run out of words to describe how good Luka Doncic is. In Game 7 against the Suns, he had 27 points heading into halftime, which is also how many points Phoenix had as a whole in that first half. He finished the game with 35 points, and for the series, he put up 32.6 points, 9.9 rebounds, and 7.0 assists on 47.6% shooting from the field.

In the first two games of the series against the Suns, Doncic put up 40 points per game, and they still lost both games. To me, it looked like Dallas had no prayer in this series. If your best player can be dropping large point totals like that and still lose, you have some problems. However, Spencer Dinwiddie and Jalen Brunson caught fire towards the end of the series, and the Mavericks were able to dispose of the NBA's best regular-season team.

Their prize is they get to go up against one of the scariest teams of all time. We will talk more about Golden State a little later, but this is going to be a tough matchup for the Mavericks. Although we think about offensive firepower when it comes to the Mavs, the defense is what carried them all season. They finished the regular season ranked second in scoring (104.3), sixth in effective field goal percentage (52.1%), and third in three-point percentage (34%).

Offensively, Dallas only scored 107.8 points per game and they shot 46% from the field. Those numbers are as average as they come, but you can visibly see the uptick in offensive production as we get deeper into the playoffs. Over the last two games of the series against the Suns, Dallas had a 126.2 offensive rating, and they put up 118 points per game.

As a Cleveland Cavaliers fan, I am sick to my stomach watching my biggest enemy succeed. However, I cannot help but admire just how good they are. Obviously, they are not as good as the Kevin Durant days, but they have filled out their team nicely behind Stephen Curry, Klay Thompson, and Draymond Green.

While Thompson has looked like a shell of his old self in his first season back after missing two years of action, he finally showed up in Game 6 (because of course he did) and put up 30 points with eight made three-pointers. Throughout the playoffs, Thompson is actually averaging 20.4 points per game on 40% shooting from deep, but he is not as consistent as he once was. However, when he is cooking, the Warriors are practically unstoppable.

We can sit here and talk about how good Curry is, and how important Green is for Golden State, but I want to talk about Jordan Poole. Now, Poole has struggled over the Warriors' last three games, averaging only 9.7 points on 27.3% shooting from the field, but during the playoffs, he is putting up 19.3 points on 50% shooting from the field. He has been so good for the Warriors all season, and he provided that scoring spark the Warriors missed when Thompson was struggling throughout the regular season.

If both Poole and Thompson are cooking, there is not a team on this planet that can beat Golden State. They are elite on both ends of the court, and they are a very deep team with role players like Otto Porter Jr., Andrew Wiggins, and Jonathan Kuminga.

Even with all of that, I am not sure if Dallas has the firepower to keep up. The Warriors are so fundamentally sound on the defensive side of the court, and while Dallas has proven to score in bunches, especially in the playoffs, I can easily see the Warriors smothering the Mavericks on both sides of the court.

Dallas is also coming off a tough seven-game series while the Warriors have been resting for five days now. Here is what I am thinking about this series. I can see both teams winning, but the Mavericks need multiple Warriors to struggle, and all Golden State needs to do is neutralize Doncic, and let the rest of the team beat them. That doesn't mean Dallas cannot win, but it is going to be much tougher.

For this game, I am going to ride with Golden State. The Warriors are 8-2 ATS in the first game of a series where they are only single-digit home favorites (via Action Network), and they are covering by an average of 6.4 points per game. With the rest advantage and the talent advantage, I will ride the Warriors in Game 1.