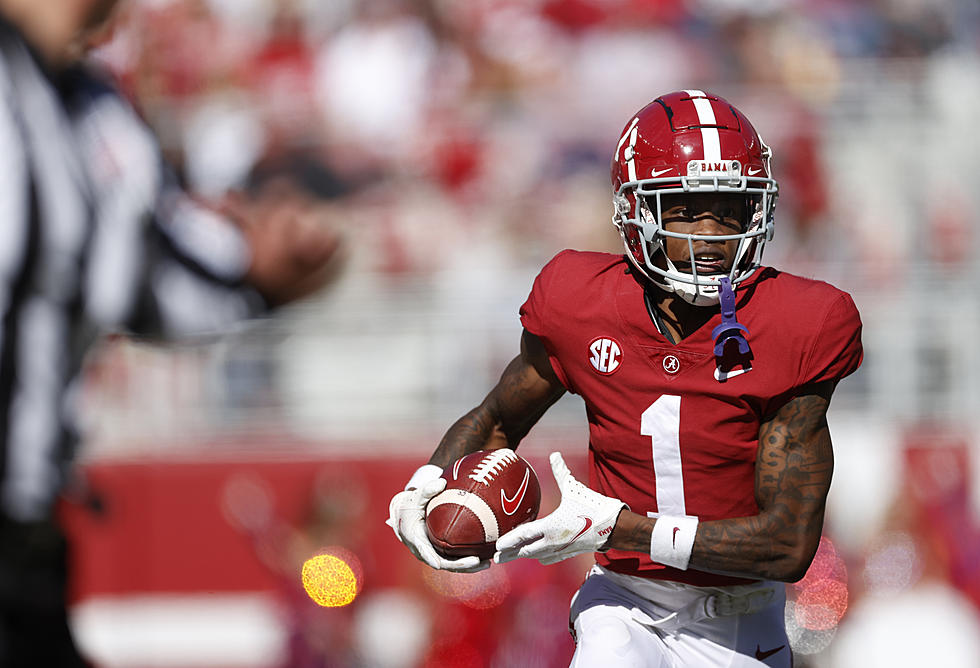 On Wednesday, the Kansas City Chiefs traded wide receiver Tyreek Hill to the Miami Dolphins for five draft picks. Although the public only knew about the potential of a trade for mere moments before the trade was completed, it seems as if the Chiefs had been preparing for this eventuality for some time. In the end, both the Dolphins and the New York Jets submitted what were acceptable trade offers to the Chiefs, and the Chiefs let Hill pick the team he would prefer to sign an extension with.

The trade leaves a monumental hole at wide receiver for the Chiefs—even after the acquisition of JuJu Smith-Schuster and the potential addition of Marquez Valdes-Scantling. This seven round mock plugs that (and other) hole(s) for the Chiefs…who are suddenly in a very competitive AFC West.

The Chiefs currently hold the 29th and 30th picks in the first round of the 2022 NFL Draft. The problem with those picks is that (at best) they are in line to get the fourth or fifth best receiver in the draft class…and that just won’t do. They also have a LOT of draft capital all of a sudden and not that many holes to fill on a pretty solid team. I executed a trade with the Eagles to pick up their 15th pick.

Jameson Williams was the third receiver off the board in this particular mock (after Garrett Wilson of Ohio State and Drake London of USC). He might be the best of the bunch, however, he tore his ACL in the National Championship Game and will need to fight to get back on the field for the beginning of 2022. He’ll need even more time after that to regain his full speed and explosiveness. Williams, at least partially, replaces both Hill’s vertical ability and his YAC ability in a way that no one on the Chiefs roster can.

The Chiefs aren’t in urgent need of a pass rusher, but they’re currently paying quite a large sum to both Chris Jones and Frank Clark and neither one had a great 2021. Jones is better on the interior of the defense and Clark recently restructured his deal but becomes expendable in another season. Having a talented pass rusher on a rookie contract is a must.

Mafe has a little bit of Melvin Ingram to his game and while the Chiefs are hoping Ingram returns, Mafe is younger and full of potential. He is long, gets off of offensive linemen quickly and can hold the edge against athletic powerhouses.

At this point in the draft, you’re probably not getting a “sure fire starter” unless a guy has a trait or two to really hang his hat on. For Smith, it’s size/speed in spades and his ability to cover wide swaths of the field. He’s a former five-star recruit and things never quite clicked at Penn State, but the tools are all there.

There are some intricacies for Domann’s game that it will take the right team to appreciate. Officially a linebacker at Nebraska, he essentially played “big nickel” slot corner and will give an NFL team someone who can support the run in their subpackages along with being a lights out special teamer. Domann will not entirely replace Tyrann Mathieu but he does some of the things they need to backfill.

Is Thornton Tyreek Hill? No, he is decidedly not. Is Thornton both bigger and just as fast on the track? Yes, yes he is. Thornton’s play speed—especially yards after the catch—has never been anything close to Hill, but he’s never going to get overthrown and his short-to-intermediate game is better than he’s given credit for.

Coming from the FCS, McCollum will have potential as either a cornerback or a safety as he rounds out his game to the professional level. I think I like him better at the latter position, where the Chiefs need depth, but they have a more urgent need for cornerback and he could easily win a role there with his natural size and athleticism. If nothing else, he’ll beast out on special teams.

Another one of the fastest players at the combine, Durant is an entirely different player than McCollum and a bit smaller. Like Domann, he can shine in subpackages and in certain matchups. He’s also a special teams ace.

This is a total flier on a former FCS kid who stands 6’6” 244 lbs. He’s not a burner by any means, but the multisport high school star has more than enough athleticism and has big hands and long arms to be yet another potential weapon in the red zone.

Big body, relentless motor and a former team captain at one of the most heralded schools in sports. Tagovailoa-Amosa is a bit of a defensive line Tweener who doesn’t quite fit inside or outside, but he’ll give you everything he’s got for a handful of snaps in the rotation.