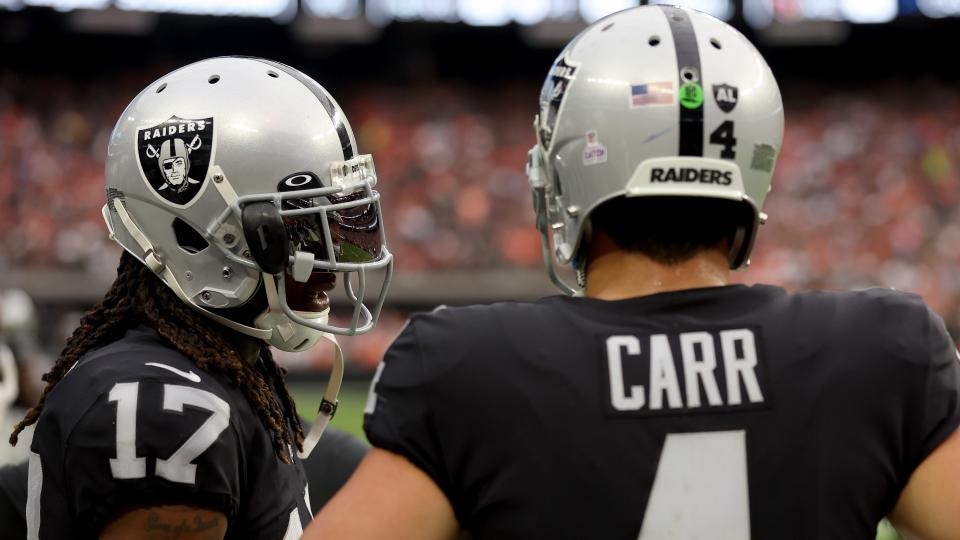 The Raiders scored 17 unanswered points in the second half to rally and beat the visiting Los Angeles Chargers in Week 13, 27-20. Derek Carr and company covered as 2.5-point home favorites to improve to 5-7 straight up and 6-6 against the spread.

Without Matthew Stafford, Cooper Kupp and Aaron Donald, the Rams fell short of an upset home win in its 27-23 loss to the Seahawks. The injury riddled Rams fell to 3-9 overall, but improved to 3-7-2 ATS by covering the 6.5 at SoFi Stadium.

The Rams opened as 5.5-point home dogs, but bookmakers at the best online sportsbooks we track have since bumped the line to Raiders -6. The Los Angeles moneyline odds are anywhere between +205 and +215. The over-under point total opened at 42 before a significant tick up to O/U 44.5. The total has gone OVER in four of the Rams last six and UNDER in four of the Raiders last six games.

Las Vegas has covered the spread in six of its past nine games, but are still a long shot at 150-to-1 odds to win Super Bowl 57.

UPDATE: Yes, the Rams signed Baker Mayfield. No, the waiver wire claim did not move the point spread despite Adam Schefter’s report that he was sent a playbook via the metaverse and could play Thursday.

The Raiders are as good as they want to be, but continue to play with fire on a weekly basis. To think they are a touchdown better than any team is truly debatable. However, based on John Wolford’s track record, he is who he is and that is at-best an NFL back-up and mop-up option. Another 300+ combined yard performance by Adams and Jacobs isn’t out of the realm of possibility. The only factor that will snatch defeat from the jaws of an ATS victory is losing the turnover battle and handing Wolford short fields in which to work with.