San Francisco Giants vs. Los Angeles Dodgers Odds, Picks, and Predictions - July 21, 2022
Why the Giants have some real value as the road dog tonight. 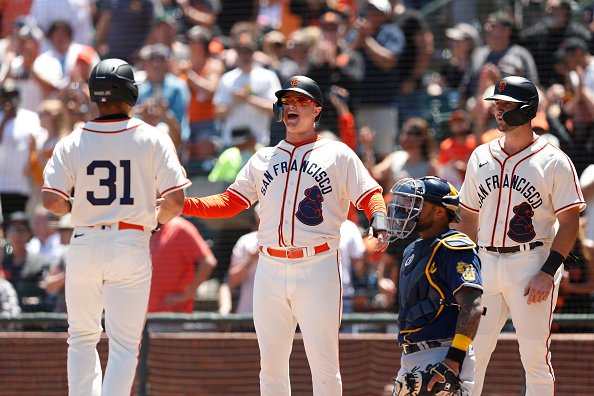 One of the most underrated rivalries in sports is back tonight at the San Francisco Giants will travel to Los Angeles to take on the Dodgers.

Heading into the second half of the season, the Giants have a lot of work to do to catch up in the NL West, and Wild Card standings. They will probably have to hit the trade deadline hard because this team feels like it is missing something, but this team has not been shy on the phones in the past, and with an extra Wild cars spot this season, I would expect San Francisco to be busy this month.

The Dodgers are sprinting through the season, as they are 10 games up on the San Diego Padres for the top spot in the NL West. They cannot get comfortable because their division is so damn tough, but it is clear that the Dodgers are back and better than ever.

Can Rodon Continue His Excellence?

This season has not been as kind to the San Francisco Giants, as they enter the second half of the season with a 48-43 record, 12.5 games back of the Dodgers for the top spot in the NL West, and 2.5 back of the Padres.

Luckily, they have Carlos Rodon on the mound tonight, and he is having a big first year on the Bay. He comes into this game with an ERA of 2.66 and a FIP of 2.14, and over his last five starts, he has thrown 32.o IP with an ERA of 2.25, and only one game in that stretch where he gave up more than one earned run. His xERA of 2.88 and xFIP of 3.10 do point towards some regression, but not enough to be alarmed, especially with how well Rodon has pitched against the Dodgers this season.

Dodgers At A Disadvantage:

The Dodgers are at a pretty big disadvantage in this game, despite having the second-best record at home this season. First of all, Los Angeles will send out Mitch White tonight, who had a decent 2021, but this season he has taken a massive step back. Secondly, the Dodgers' lineup, while not awful, is noticeably worse against lefties this season.

Against southpaws, the Dodgers are ranked 11th in wRC+, 15th in K%, and 10th in OPS. Again, let's not be mistaken here, Los Angeles is dangerous against any pitcher, but they have struggled against Rodon this season, and their drop in production against lefties is noticeable.

Looking at the mound, White comes into this game with a 4.20 ERA, and teams are hitting the ball well against him. His K% is down to 21.8%, which is a pretty big drop from 25% last season, and teams are hitting .236 off him with an xBA of .248 and 2.78 BABIP. The knock on White last season was that he is giving up too many hits, but at the very least, you can count on him to be aggressive and rack up the strikeouts. This season, he is just not generating enough Whiffs (8.9% this season compared to 13.2% last season).

As I said earlier, last season's magic has not followed the Giants into 2022, but this is still a solid team and one that I feel comfortable betting on any given night, especially tonight.

The Dodgers are not bad, but they are vulnerable against lefties this season, and they are taking on a southpaw that has pitched well against Los Angeles this season. Los Angeles also is throwing out a pitcher that just simply has not been good this season, and White's regression this year has been alarming and disappointing for a team that could use some help in the back half of their rotation.

I normally do not like betting against the Dodgers, especially at home, but all the stars are aligning for them to have a rough night against their biggest rival, and getting the Giants at plus-value is just the icing on the cake.