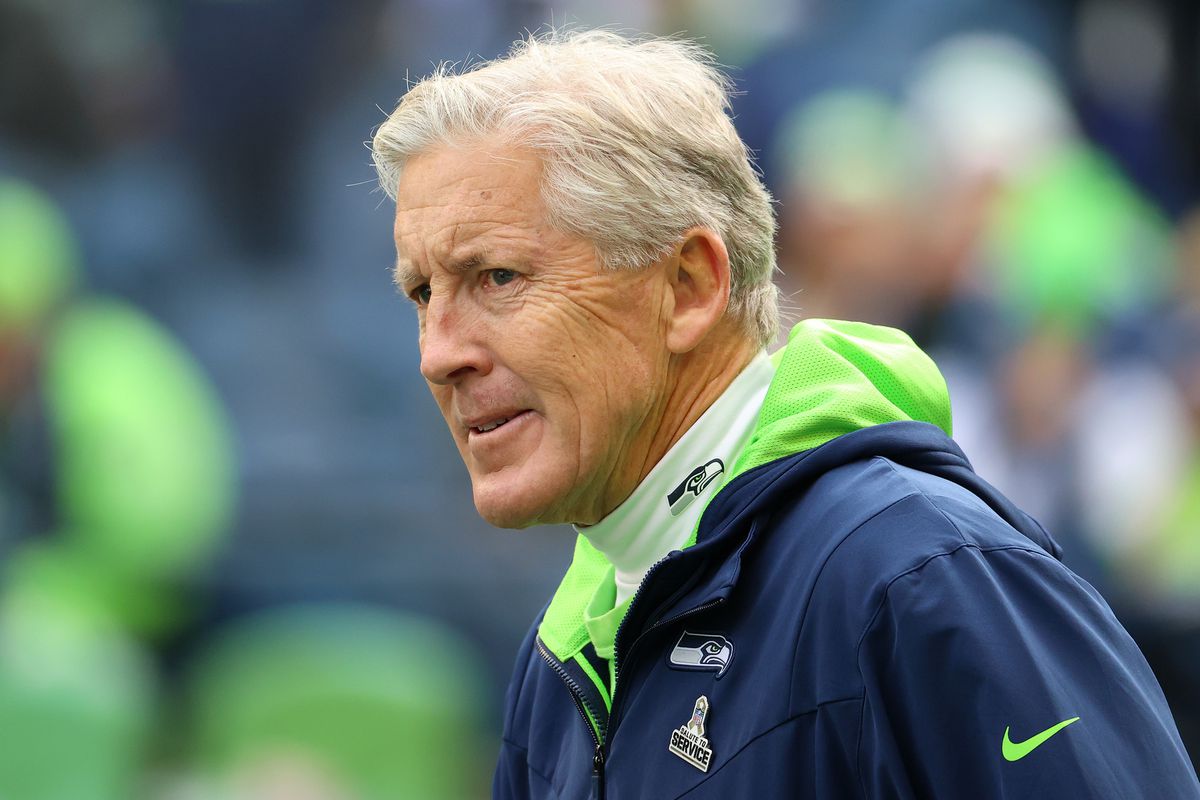 With QB Russell Wilson traded away to the Denver Broncos for some solid players and a lot of draft capital, the Seahawks are officially rebuilding. Following the release of cornerstone linebacker Bobby Wagner, the Seahawks also have the second-most cap space in the NFL, so a lot of moves are going to happen between now and the draft to bring in free agents as well.

That said, the Seahawks have always primarily prided themselves on building through the draft, and all of those draft picks are just begging for a seven-round mock draft.

If head coach Pete Carroll is starting this thing over, look for him to try to re-engineer the Legion of Boom. Am I saying it’s defensive back-or-bust at No. 9? No, but having a player like Sauce Gardner fall to them here is a heckuva boon. He’s also continuously compared to former Seahawks corner Richard Sherman because he’s long with great ball skills and will end up excelling in a zone-heavy scheme like Carroll’s.

I did not mean to go back-to-back Cincinnati players, nor did I expect to take a QB with this pick, but when Ridder was sitting on top of the board at No. 41, he was both the best value and a player I could see Seattle falling in love with. He’s a fantastic athlete and has great accuracy—especially in the short-to-intermediate areas of the field. He is not Wilson by any means, but they do some of the same things well. The Seahawks do not need to make this pick because of the QBs they already have on the roster, but Ridder would likely fly to the top of that list on Day 1.

With Quandre Diggs likely gone, the Seahawks need a running mate for Jamal Adams at the safety position, and Brisker is another player I could see them coveting. Again, he’s got good size and good hands, but I also like his ability to both play deep middle and line up one-on-one with a receiver or tight end if needed. That kind of moveable chess piece is rare, and Carroll loves them.

Andersen has not been playing linebacker for long, and this is the third round, so let’s not pretend this is the “Bobby Wagner replacement” pick. However, Andersen has some of the traits that made Wagner great including sideline-to-sideline speed and fantastic ability downhill to shed blocks and make tackles. Again, not Wagner, but he can provide some depth to the position and be a crazy good special teamer as he acclimates to the NFL from the FCS.

A lot of people, myself included, think wide receiver Tyler Lockett could be out of town sooner rather than later. If he leaves, Austin is the kind of diminutive, shifty receiver who could replace some of those targets on the same route tree. For the next QB’s sake, Austin would fit even better as a special teamer/returner and fourth receiver target. This pick allows for both scenarios.

Goedeke isn’t the Central Michigan tackle everyone is talking about, but five rounds later, he might end up being the one who can help the Seahawks the most. He’s a converted tight end who may end up at guard when all is said and done, but tools are all there no matter where he ends up playing. He needs to learn to be a little more patient and heady, but new Seahawks offensive line coach Andy Dickerson needs some more talent to work with anyway.

The Seahawks could be rostering the entire 1980s All-Decade team of running backs in their prime and would still grab a running back each offseason for giggles. He’s a stout, straight-ahead runner with good projection in a zone blocking scheme offense.

He’s super athletic and was a former Oklahoma prospect before retiring due to concussions. This is a strong late-round flier to potentially pair another strong receiving threat with new addition Noah Fant.